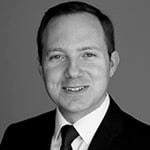 Joseph R. Shaposhnik has been our Chief Executive Officer since December 2020. Mr. Shaposhnik established TCW’s New America business unit in 2015 and serves as Managing Director and Portfolio Manager of TCW New America Premier Equities, Global Premier ESG Equities, and Global Space Technology Equities portfolios. He previously served as a Senior Equity Analyst in the Equity Research group with coverage responsibility for the industrials and basic materials sectors. Prior to joining TCW in 2011, he was an Equity Research Associate at Fidelity Management and Research Company, with coverage responsibility for the semiconductor and entertainment software sectors for the firm’s U.S. domestic equity funds. Mr. Shaposhnik holds a BS in Business Administration from the Haas School of Business at the University of California, Berkeley, and an MBA from the UCLA Anderson School of Management. 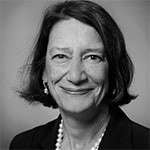 Ms. Jackson joined TCW as Executive Vice President and General Counsel in 2013. Ms. Jackson serves as Vice-Chair of the Steering Committee of SIFMA’s Asset Management Group. Ms. Jackson is a member of the Los Angeles Women’s Leadership Council and has been named as one of the Best Lawyers in America, Best Attorneys in Los Angeles, and Preeminent Women Attorneys. Ms. Jackson is a fellow of the American College of Commercial Finance Lawyers and a member of the Board of Governors of the Financial Lawyers Conference. She has served in numerous leadership roles in the Business Law Sections of both the American Bar Association and the California Bar Association, and has guest-lectured at Stanford University Law School and Hastings College of the Law on topics related to debt finance. Prior to joining TCW, she was a partner and head of the debt finance practice at Irell & Manella, and co-chair of the transactional practice group, and was a member of the executive, recruiting and legal opinion committees. Prior to joining Irell, Ms. Jackson was a member and co-chair of the practice committee of Wilson, Sonsini, Goodrich & Rosati. Ms. Jackson earned her AB at Princeton University and her JD at UC Hastings College of the Law. 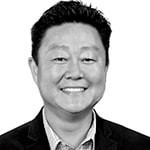 Mr. Lee has over 20 years of experience founding and leading consumer businesses. He is Co-Founder and served as CEO of The Honest Company and ShoeDazzle.com and Co-Founder and served as President of LegalZoom.com. Mr. Lee is Co-Founder and Managing Director of BAM Ventures, an early-stage consumer focused venture capital firm. He also currently serves as a board member at the Lowell Milken Institute of Business Law and Policy at the University of California, Los Angeles. Mr. Lee holds a B.A. in Economics and Business and a J.D. from the University of California, Los Angeles. 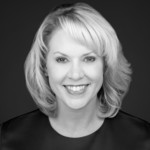 Ms. Lowe joined FLIR Systems, Inc., in November 2017 as Executive Vice President and Chief Financial Officer. FLIR is a world-leading designer, marketer and manufacturer of innovative sensor systems. From June 2012 through October 2017, she served as Senior Vice President and Chief Financial Officer of Sealed Air Corporation, Inc., a global manufacturing company operating in over 62 countries with a wide portfolio of brands. Prior to joining Sealed Air, Ms. Lowe served Carlisle Companies Incorporated (“Carlisle”) from January 2002 through June 2012 in a variety of executive roles including President of Carlisle FoodService Products, President of Trail King Industries, Inc. and Vice President and Chief Financial Officer of Carlisle. Ms. Lowe serves on the board of EMCOR Group, Inc. where she is also a member of the Audit Committee. From October of 2007 to December of 2015, Ms. Lowe also served as a member of the Board of Directors of Cytec Industries, Inc. She received her Bachelor of Science degree in accounting from the University of North Carolina Charlotte and an MBA from the Fuqua School of Business at Duke University. 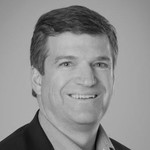 Mr. Rye has more than 30 years of experience spanning strategy, operations, M&A, business development, private equity, venture capital, and investment banking.  He is currently Senior Vice President of Strategy and Corporate Development at Blue Yonder, a global provider of digital fulfillment software solutions.  Previously, he was Senior Vice President of Corporate Development at Informatica, a leading enterprise data management software company, and an executive in corporate development at Hyperion Solutions, an enterprise performance management software company.  Prior to his 15-year tenure in the software industry, Mr. Rye was a private equity and venture capital executive at Thayer Capital Partners and Atlas Venture. He began his career in investment banking at Robertson Stephens & Company.  Mr. Rye holds an AB in Economics from Princeton University and an MBA from the Stanford Graduate School of Business.