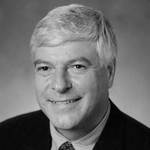 William C. Weldon is the former Chairman of the Board and Chief Executive Officer of Johnson & Johnson, a global developer and manufacturer of health care products, having served in those positions from 2002 until his retirement as Chief Executive Officer in April 2012 and his retirement from the board in December 2012. He served as Worldwide Chairman, Pharmaceuticals Group from 1998 until 2001. At Johnson & Johnson, Mr. Weldon held successive executive positions that gave him expertise in consumer sales and marketing, international business operations, financial reporting and regulatory matters over his 41 year career with the company.

Mr. Weldon served as a Director and Chairman of the Board of JPMorgan Chase Bank, N.A. from 2005 to 2019 and 2013 to 2019, respectively. He was formerly a Director of Exxon Mobil Corporation, an international oil and gas company, from 2013 to 2021, and The Chubb Corporation, an international insurance company, from 2013 until it was acquired by ACE Limited in 2016. Mr. Weldon has been a Director of CVS Health Corporation since March 2013, Fairfax Financial Holdings Limited since 2020, and Chairman of the Board of Heartflow, a privately held medical diagnostics company. Mr. Weldon graduated from Quinnipiac University and is a member of the school’s Board of Trustees. 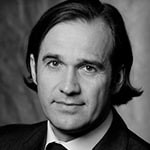 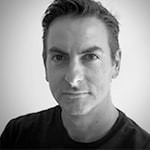 Simon Gallagher is an entertainment strategy and content licensing executive with more than 20 years of international experience working with the world’s leading entertainment brands. Over the past six years, through his personal consulting and investment company, SPG Global Pty Ltd, Mr. Gallagher has acted as a special advisor to more than 130 companies in 20 countries. These have included the world’s leading consulting firms, sports leagues, hedge funds, private equity firms, sovereign wealth funds, and media and technology companies. In 2020, he co-founded the TCW Entertainment Technology Fund, and continues to work closely with TCW as a Senior Advisor. From 2013-2014, Mr. Gallagher served as Director of Content Acquisition at Netflix, licensing content from the major US studios, including Disney and Paramount, to launch the service in international markets. Prior to Netflix, from 2009-2013, he served as Director of International Strategy and Business Development at Hulu, a joint venture between Disney, Fox, and Comcast, where he prepared market entry strategies, negotiated strategic alliances, and licensed launch content. From 2006-2009, he served as Senior Vice President of Content at Wasserman Media Group, the world’s leading sports agency, managing sports media rights acquisitions and licensing transactions. From 2000-2006, Mr. Gallagher served as Vice President of IMG Media where he licensed over 10,000 hours of sports content on behalf of clients such as Wimbledon, the NFL and the International Olympic Committee. Mr. Gallagher received a Bachelor’s Degree in Media from La Trobe University in Australia and is a regular industry commentator on networks including CNBC and Sky News. 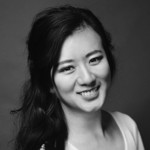 Nanxi Liu served as Co-Founder and CEO of Enplug, a leading digital signage software company used by Fortune 500 companies until it was acquired in 2021. She was named one of Forbes 30 Under 30 and Fortune’s 10 Most Promising Women Entrepreneurs. She also co-founded Nanoly Bioscience, a venture-backed biotech company that develops polymers that eliminate the need of refrigeration for vaccines and therapeutics. Ms. Liu serves on the Board of Directors of CarParts.com (NASDAQ: PRTS), a leading online provider of automotive parts and accessories and served on the Board of Directors of Kindred Biosciences (NASDAQ: KIN), a leading biopharmaceutical company for pets, until it was acquired by Elanco Animal Health Inc. in 2021. Ms. Liu also serves on the Board of Advisors for Covington Capital Management and is a Partner at XFactor Ventures, a leading investor in women-founded startups.